So there we were. A nice warm day, no clouds. What to do? So why not try that flat topped mountain that we can just see from our house that's in an unknown and remote location? We've named it "Flat Top" just to be original! So I looked on the internet to find out information re approach, access etc. It turns out that a Spanish forum was the only site to mention the peak that is in fact called...."Giralda". Its small, only 1400m, which I guess is almost as high as Ben Nevis, so maybe not that small after all. Apart from that you can evidently walk to it from a village called Guajar Farahuit.

So off went Kiersten and I in my little white van to the village. The journey took 1hr but we arrived in a small white village with narrow streets where time had obviously stood still. It seemed like the last outpost of civilisation, a frontier town if ever we saw one. The tarmac road ended and we started on a dirt track up a gorge. By the way, there was no sign of our mountain. We couldn't even see it!

So far so good but after another hour of travelling things were not looking too bright. For a start, the track we had come up would be difficult, dangerous and probably impossible to reverse. With big drops on both sides and loose, steep tracks this was definitely not the place to "lose it"! There was nothing for it but to continue onwards.

After another nerve wracking, irreversible ascent up a loose scree we parked at a small col below the mountain. We were miles from anywhere. We climbed the fine mountain, had great views from the summit and returned to the car. Now for the hard bit. Where do we go now? 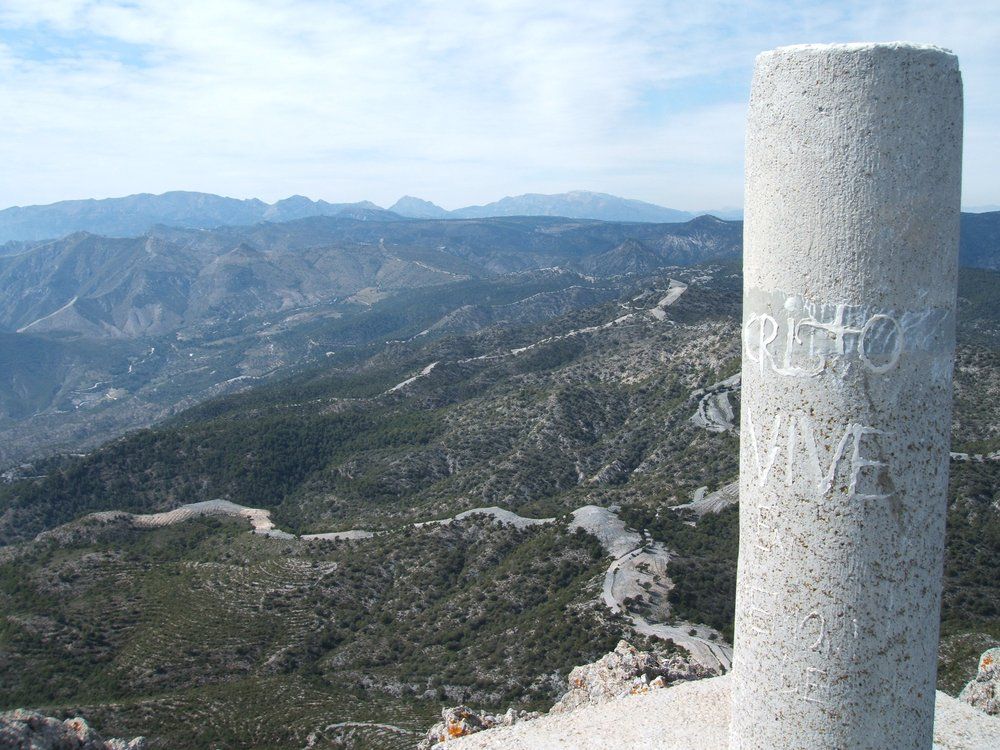 The dirt track continued from the col, so we followed it and then down into a strange valley. The track didn't get any worse so we continued onwards, hopeful of an exit to safety. At one particular bad section where there was a hump in the road I stopped and asked Kiersten to make sure the underside of my car was clearing the road hump. She went ahead and signalled me to continue. I inched my way forward and heard a short grating noise. "Are we OK?" I shouted. "No problems" she replied so I inched further forward. At that time I heard a scraping sound not unlike that of the Titanic when she hit her iceberg. Yes, we had well and truly grounded. The van was like a beached whale sat with front tires in the air. "Ooops", said Kiersten, "I can't see anything with these dark glasses on".I have to say that, from my airborne vantage point, I remained perfectly calm. No histrionics, no outbursts.

For half an hour we tried all we could to free the car. forwards, backwards, sat on it, bumped it, pushed it, pulled it. To no avail. So we started digging. The afternoon heat was at its fiercest. We dug and dug and dug. No luck. The car wasn't moving. I then reviewed our situation. Three hours until nightfall. At least a days walk to a village. Provisions ................. a biscuit, half a litre of water and a sleepy dog. Hhhmmmm. Not good eh? 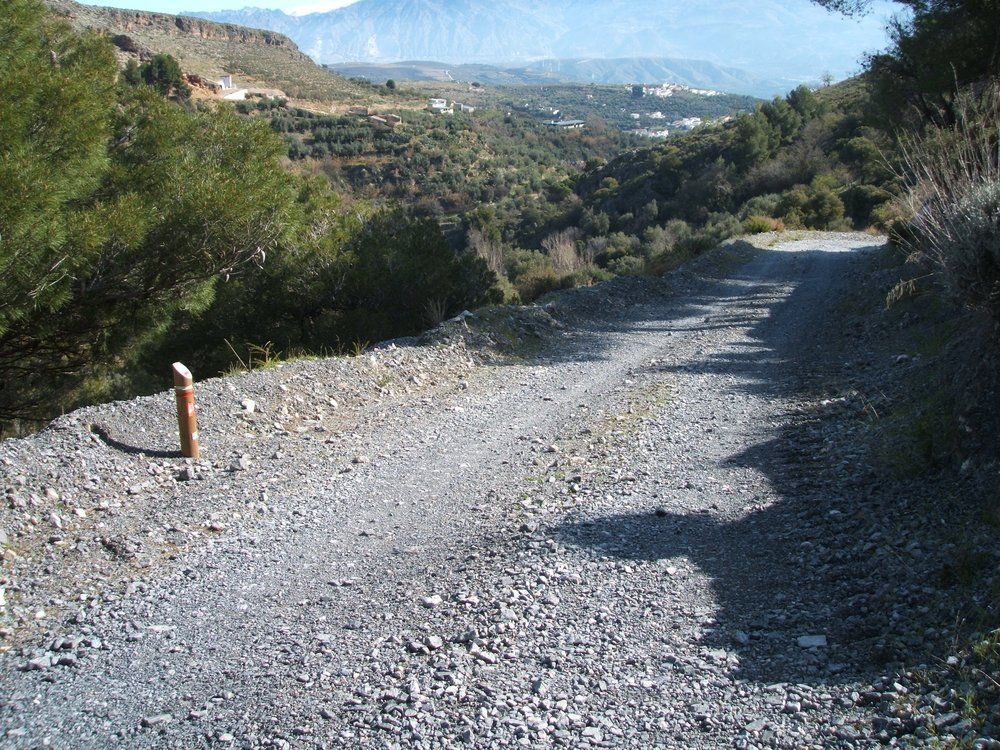 Then, miraculously, we heard a car coming up from behind us. This battered old 4WD truck came into view. Memories of the film "Deliverence" and "Texas Chainsaw Massacre" came to mind as a one eyed hillbilly got out of the car followed by a funny looking wife and a child carrying a banjo (just joking about the banjo, by the way!). With clenched buttocks I approached the guy and asked in my best classical Spanish for help. A strange, gutteral sound emerged from his twisted lips. Some combination of Spanish, Andalucian, or even Mongolian for all I could ascertain. Anyway he proceeded to help. In fact he bumped our car with his and a few minutes later we were hurtling on our way with him behind us in case "Los loco ingleses" got stuck again.

After 30 mins he waved us to a stop and asked us to get out. "Payback time eh?" I thought. But no, how wrong I was. He wanted to show us his mushrooms......YES MUSHROOMS!!!!!!! He and his family had been mushroom picking all day. We then had chapter and verse about, yes, mushrooms. He even gave us some. What a nice man! 30 mins later we were back in Lanjarón with a cold beer. Funny old world isnt it? 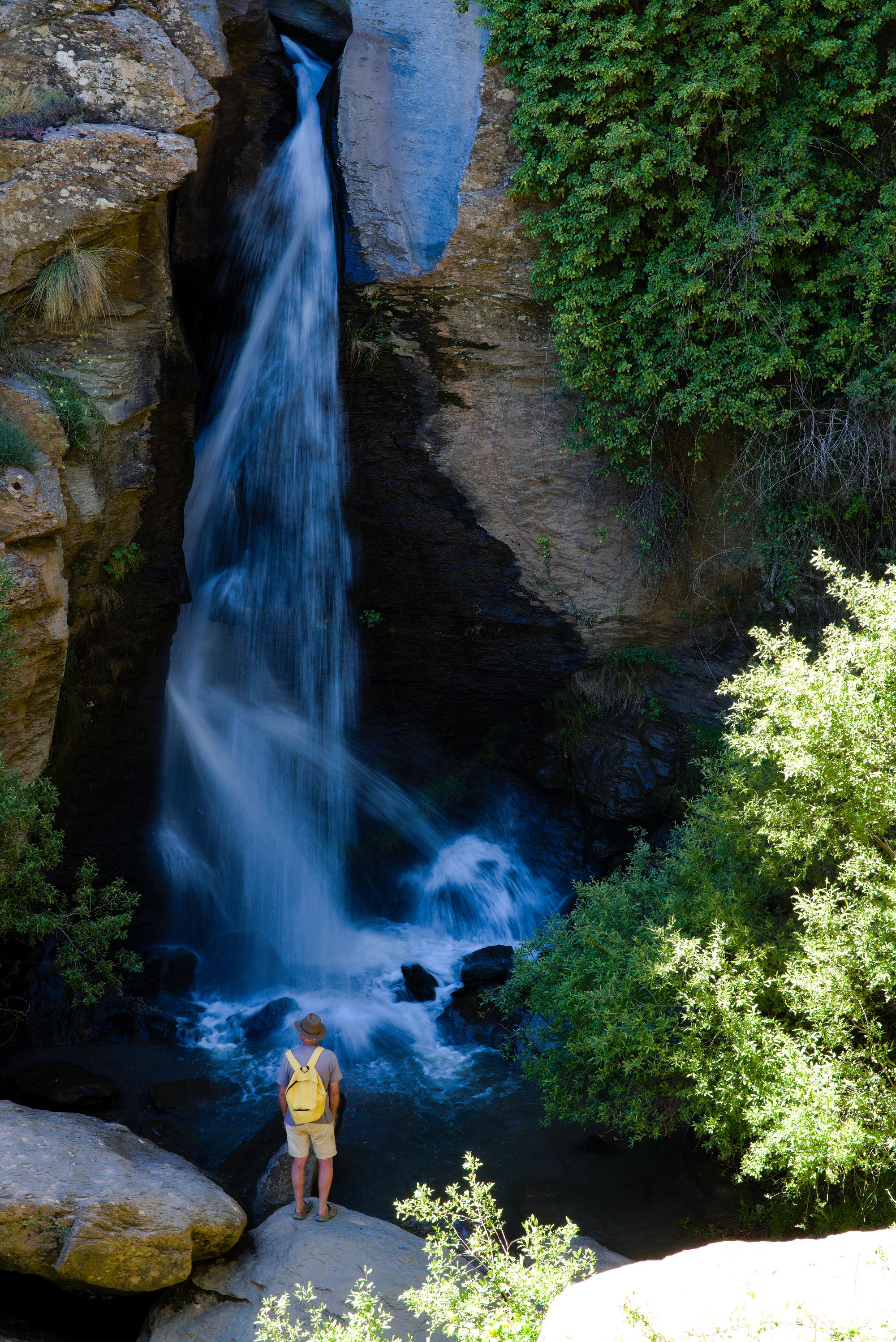 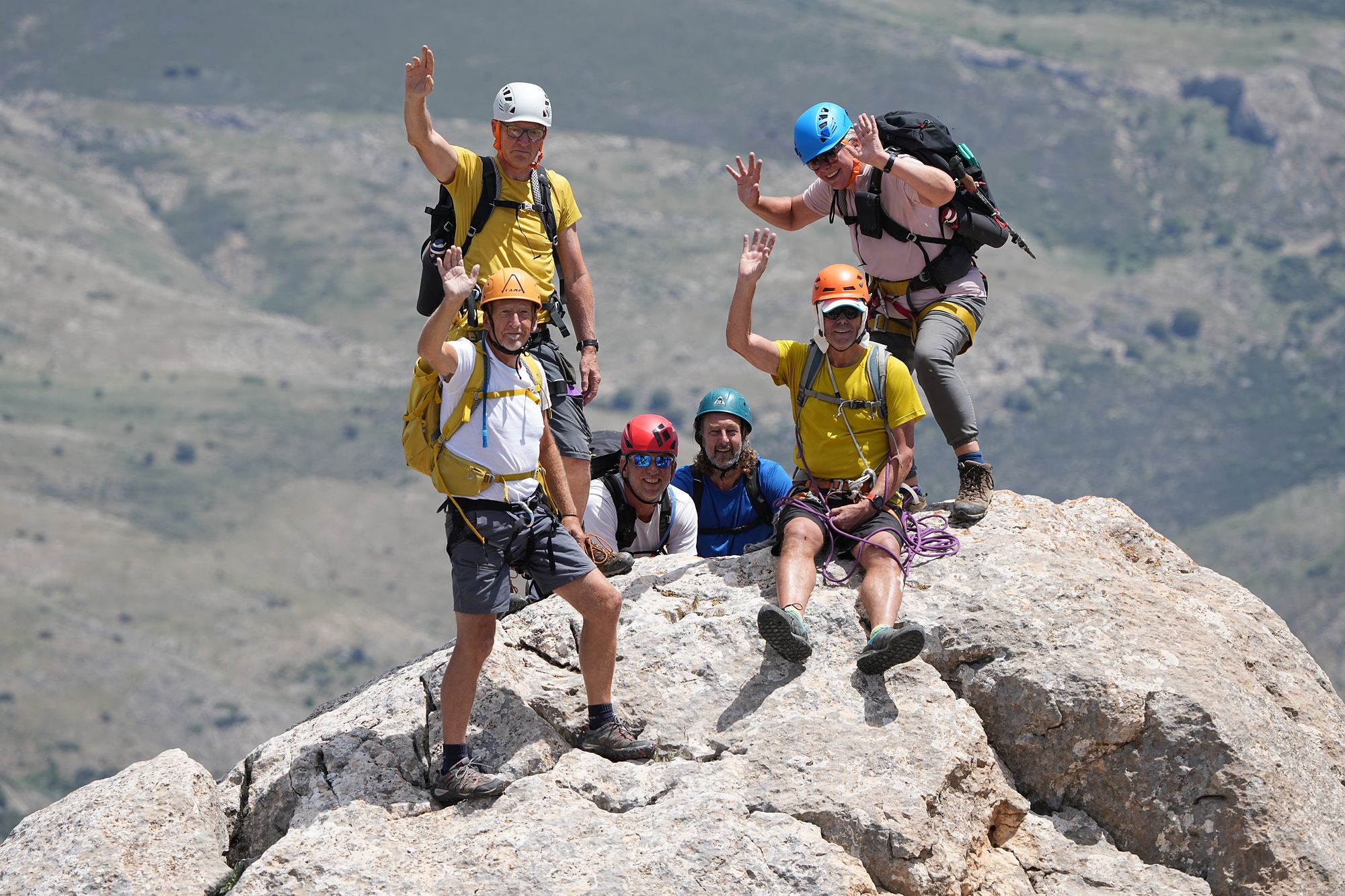 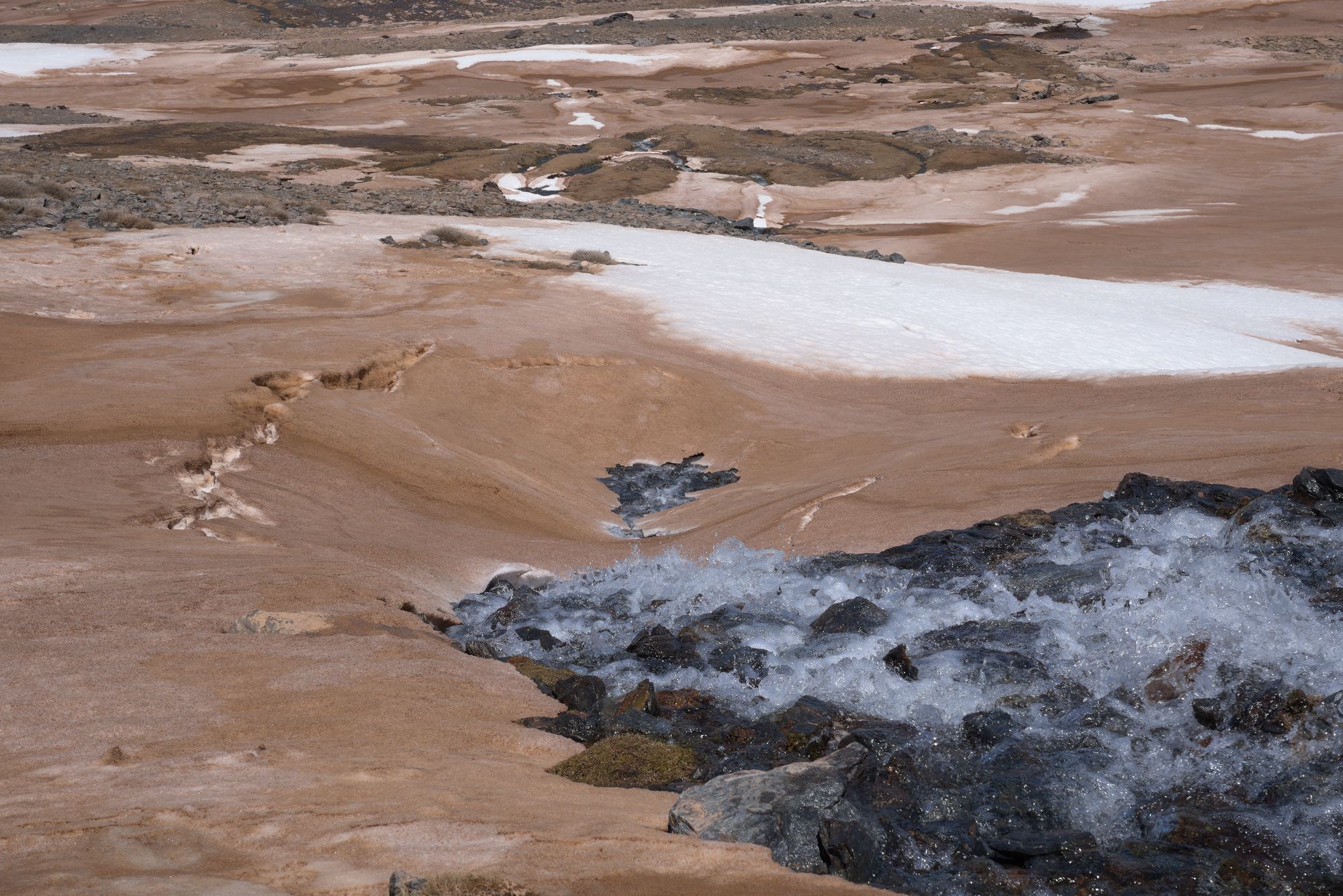